By Angela Hsiung for CAES News

Later this summer, Georgia residents will have the opportunity to help researchers find out what’s the buzz with insect pollinators in their state.

The Great Georgia Pollinator Census, hosted by University of Georgia Cooperative Extension, will be held this year on Aug. 20 and 21. During the census, Georgia citizens are asked to visit plants in their gardens or other spots frequented by insect pollinators and count how many pollinators they observe in a 15-minute window. Those who participate then submit their counts online via the census website.

The inaugural census was held in 2019, with great success. In 2020, census coordinators had to pivot due to the pandemic. Instead of focusing on schools and promoting census events across the state, “we concentrated on encouraging families to count at home together,” said Becky Griffin, community and school garden coordinator at UGA Extension, who spearheaded the census.

They also shared recipes online for foods that rely on insect pollination and even created a pollinator-themed Spotify playlist. In the end, 3,755 people representing 124 counties participated in the 2020 census, collecting close to 82,600 insect visit observations. Additionally, 525 new pollinator gardens have been created as part of the project.

Data collected for the pollinator census are currently being used by UGA researchers for economic valuation studies of pollination. Some are also used in classrooms for student projects.

The plan is to grow the census each year, continuing to educate Georgia citizens and adding more participants and pollinator habitat. When asked about this year’s census, Griffin is optimistic. “We have some new project partners, and schools are busy planning their counts,” she added. “I am excited about this year’s count!” 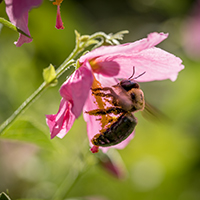 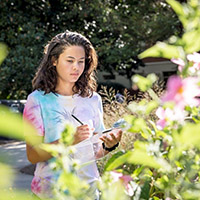 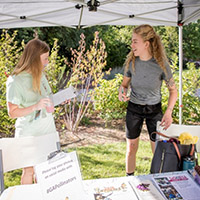 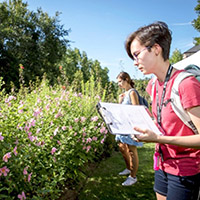 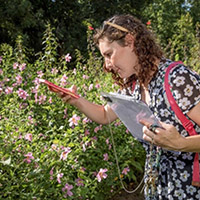 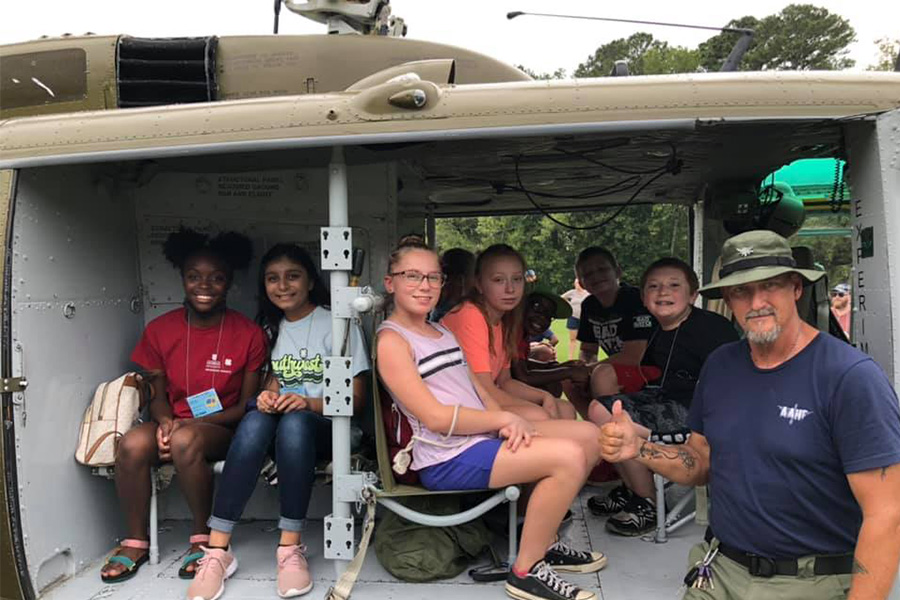 CAES News
The sky’s the limit at Georgia 4-H engineering challenge Posted on 09/24/21 by Kasey Bozeman
It’s not every day that a helicopter lands on Cloverleaf Circle at Rock Eagle 4-H Center, but for nearly 200 4-H youth and adults, it was a spectacular sight to see during Mission Make-It in late August. Youth attending the annual non-competitive engineering challenge offered by Georgia 4-H explored a Vietnam-era helicopter, getting up close and personal tours provided by members of the Army Aviation Heritage Foundation in Hampton, Georgia.

CAES News
Joro spiders cloak north Georgia in their webs Posted on 09/23/21 by Michele Hatcher
It may be September in north Georgia, but it looks more like Halloween. Millions of palm-sized Joro spiders have suspended themselves in three-dimensional golden webs on porches, power lines and mailboxes in roughly 25 counties in the state — and counting. Although their numbers are a nuisance, the spiders are not considered a particularly harmful invasive species. 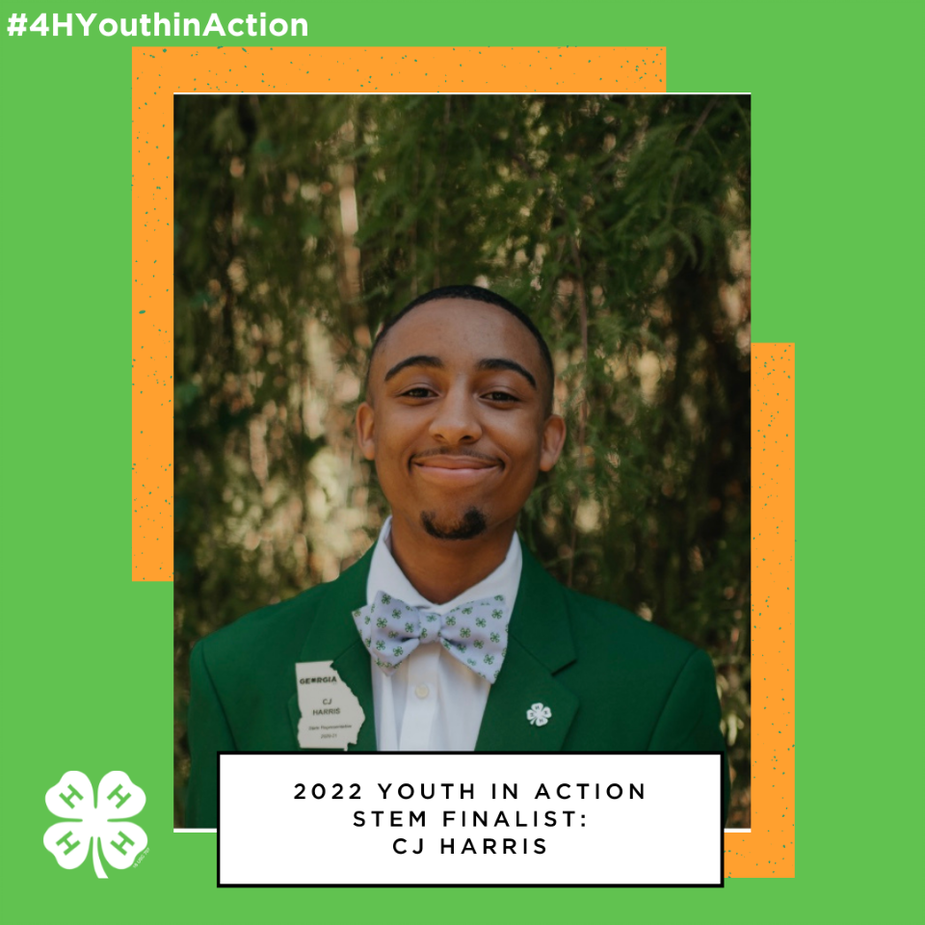 CAES News
Georgia 4-H’er selected as runner-up for National 4-H award Posted on 09/21/21 by Mary-Clayton Murphy
National 4-H Council has announced that CJ Harris of Covington, Georgia, is a runner-up for the 2022 4-H Youth in Action Award for STEM. Harris is recognized nationally for his work to use 3D printing to effectively and cheaply produce prosthetic limbs for children. 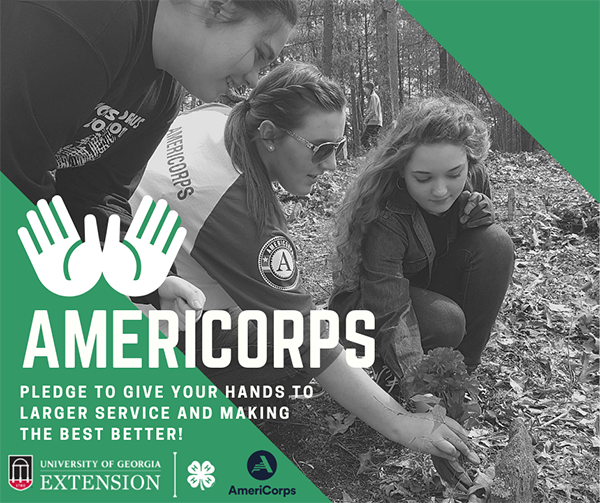