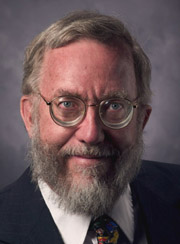 Own this profile? Request changes

My research program is concerned with the role that plant and insect cuticular lipids play in plant/insect and insect/insect interactions.

Plant surfaces are covered with a layer of cuticular lipids that serves to protect the plant from dehydration. Variation in the chemical composition of this lipid layer affects the behavior of many insects. Projects in my laboratory are examining the means by which insects detect these chemical changes. Changes in the cuticular lipids may result in decreased oviposition or decreased herbivory. Determination of the factors involved in these changes will result in improved methods for selecting for host plant resistance in crop plants.

Insects also have a protective layer of cuticular lipids. We are examining additional roles that these lipids play. Cuticular lipids are used by predators and parasitoids to aid in prey selection. These surface lipids are also important in kin recognition for many social insects. Working with paper wasps, we have shown that these insects deposit a lipid layer on the surface of their nest that is necessary for both nest and nestmate recognition.