AgrAbility helping farmers get back to work

For 50 years on his family’s farm in the Blue Ridge Mountains , Stanley has tended to 60-plus head of cattle and 50 acres of hay.

Eight years ago, though, Stanley’s way of life was interrupted by a rare disease. Stanley was diagnosed with Guillain Barré syndrome, a disorder that affects the muscle and nervous system and only one out of 100,000 people. He has since been confined to a wheelchair. Unable to fulfill his farming duties, Stanley looked for help from a unique organization — AgrAbility.

“The primary objective is to assist in any way we can to help farmers with disabilities to get back to farming or continue farming — in some cases, people with disabilities that want to start farming,” said Glen Rains, a co-director of the program and an entomology professor on the Tifton Campus of the University of Georgia College of Agricultural and Environmental Sciences.

“We have a lot of avenues in which we do that,” he said.

Stanley’s avenue was his tractor. Unable to move his legs, Stanley needed assistance getting into his tractor. AgrAbility helped obtain funding to retro-fit Stanley’s tractor with a mechanical lift that helps transport him from the ground to the cab. AgrAbility also installed special hand controls in the cab to allow Stanley to operate his tractor with relative ease.

“I’ve been grateful because (farming’s) all I’ve done all my life,” Stanley said.

AgrAbility works with Vocational Rehabilitation, an organization in all states that helps fund people with disabilities. Funding for projects also comes from grants, loans and/or the farmer. The state-wide program is operated by two UGA departments: the Cooperative Extension in the College of Agricultural and Environmental Sciences and the Institute on Human Development and Disability in the College of Family and Consumer Sciences.

“We work with farmers to find out, ‘Could you safely get back to farming, and if so, what can we do to help?’” Rains said. “We try to work with just about anybody to some extent.”

An estimated 25,000 to 35,000 of the 180,000 members of agricultural households in Georgia have a disability, Rains said. And, there are concerns over the rapidly-aging farming population, he added. The average age of a farmer is 58, whereas 30 years ago, it was 50. More than 20 percent of farmers are at least 80 years old.

The AgrAbility program assists in a variety of ways, whether it’s by helping establish a business plan to acquire loans, sending volunteers to help with crops after a debilitating health condition or providing assistive technology to make tasks easier. Such improvements include designing a spraying system for a farmer with eyesight problems and adding extended steps on tractors.

“Most of these things aren’t rocket science,” Rains said, “They’re just ways of coming up with solutions.

Stanley’s isn’t the only life changed by AgrAbility. In one case, AgrAbility helped a farmer with hemophilia. “He was getting knocked down by his goats when he was in the field. We developed a fence-line feeder. It’s a feeder that you hang on a fence. Now, he can feed (his animals) from outside the fence. That was one that was kind of unique,” Rains said.

Another farmer who benefitted from the program is Moultrie’s James Carter. Carter, who mostly grows hay on his 140-acre farm, suffers from Parkinson’s Disease.

AgrAbility was able to construct a walkway in a fence that would allow Carter to enter and exit the field with ease and without a fear that his animals would get loose. Carter’s tractors were also modified to allow easier access to the seat.

Carter could not be more thankful for AgrAbility’s assistance. “They were a very good help to me,” he said. “We sat down and talked about different ways of getting up and down on the tractor and stuff like that.”

AgrAbility has helped more than 50 Georgia farming families return to the field. It’s a statistic Rains takes great pride in.

For more information about the program, check out its website at farmagain.com

Clint Thompson is a news editor with the University of Georgia College of Agricultural and Environmental Sciences based in Tifton.
Authors:
Clint Thompson
Experts/Sources:
Glen Rains 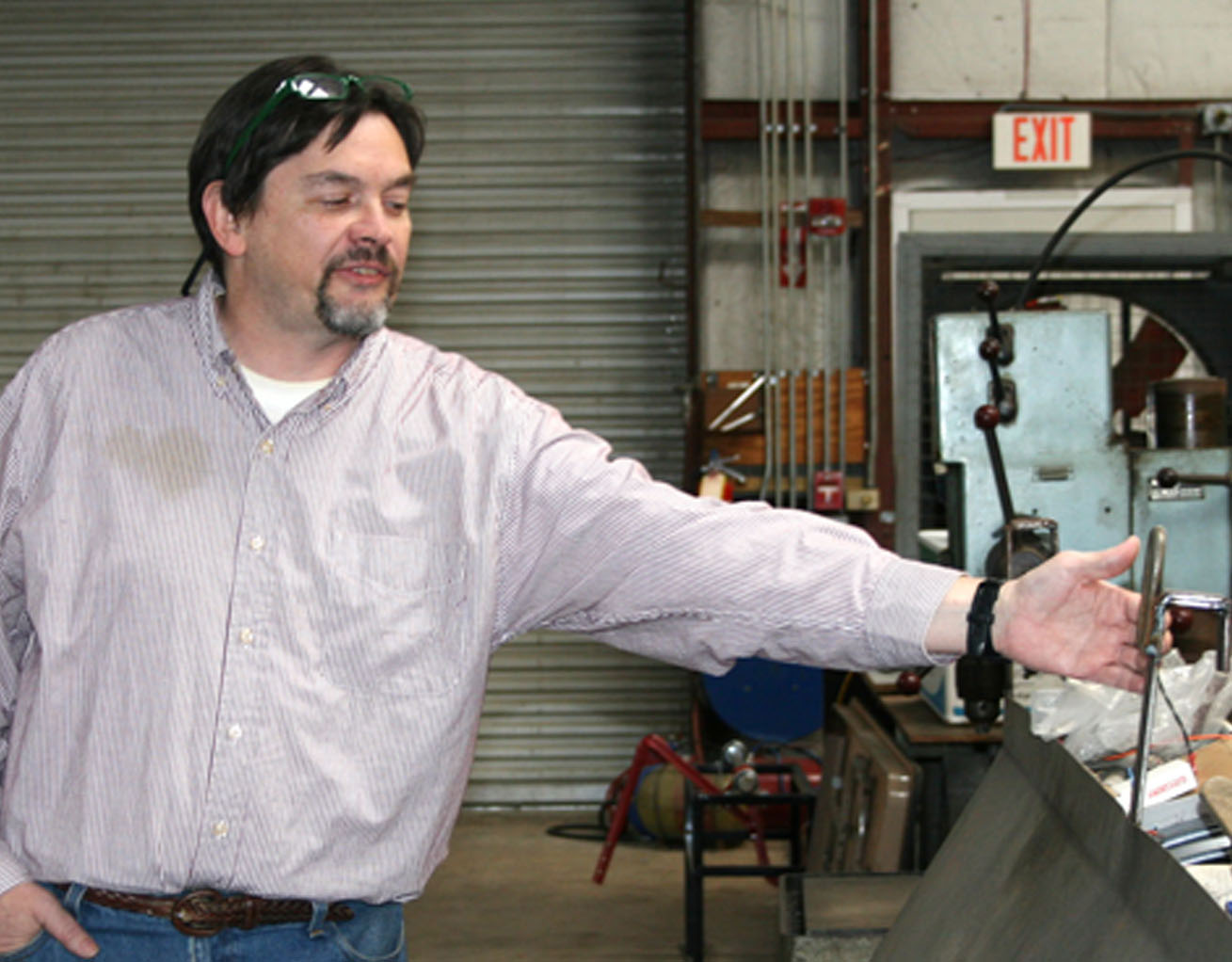 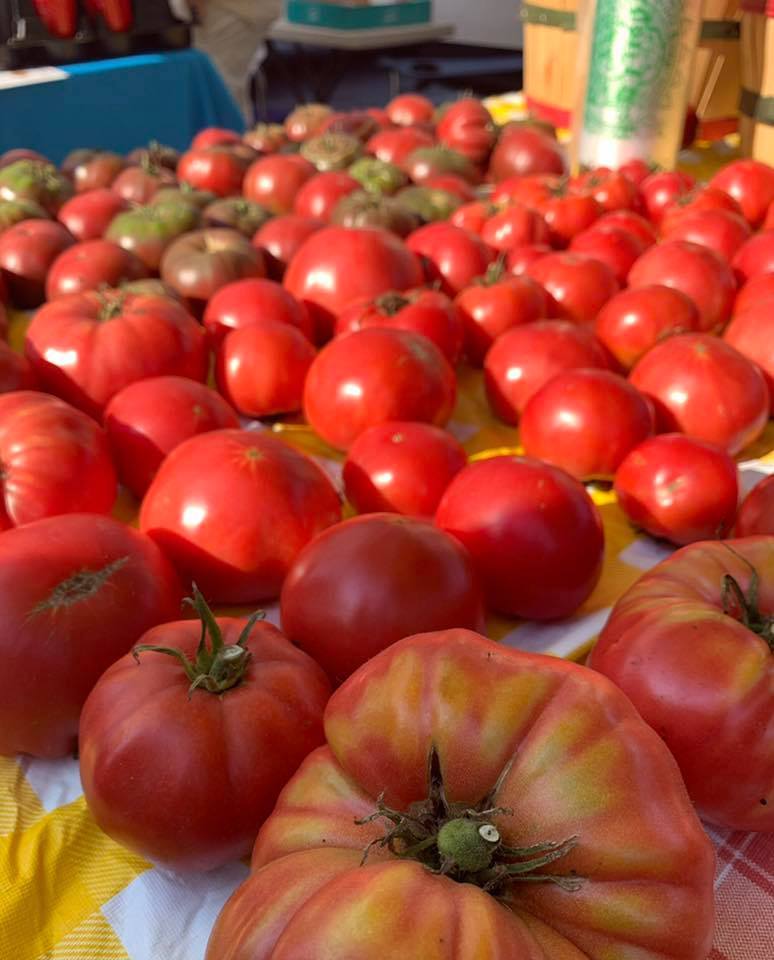 Too much love can ruin the chances of growing perfect summer tomatoes Posted on 06/09/21 by Mary Carol Sheffield
During the summer growing season, the love many have for a homegrown tomato approaches obsession. In fact, some people love tomatoes so much that they struggle to grow them — because they give their plants too much care.

Unusually cool spring temperatures may impede Georgia vegetable gardens Posted on 05/28/21 by Bob Westerfield
To call this past spring in Georgia normal would be a mischaracterization. Typical springs in Georgia seem to last about three days — and then we hit the hot weather. This spring, the cooler temperatures were most pleasant and hung on through the middle of May. Rainfall has also been feast or famine, and wind patterns have been higher than normal. Together, these conditions have made for a challenging time in the vegetable garden.

New peanut has a wild past and domesticated present Posted on 05/18/21 by Allison Floyd
The wild relatives of modern peanut plants have the ability to withstand disease in ways that modern peanut plants can’t. The genetic diversity of these wild relatives means that they can shrug off the diseases that kill farmers’ peanut crops, but they also produce tiny nuts that are difficult to harvest because they burrow deep in the soil.

Student Profile: Passion for math applied to ag productivity questions Posted on 04/21/21 by Cameron L. Miller
Sean Posey didn’t see how agricultural economics would feed his love of math, but a decade into his grad school journey, he’s using those skills and interests to help improve farming practices in Africa. From information communication technologies to gender roles in information-sharing and incentivization programs that will improve groundnut health, Posey has been focused on improving agricultural practices and public safety for the past four years. At the University of Georgia completing his PhD, Posey is working on a research project led by professor Nick Magnan through the Peanut Innovation Lab

Eleven-year-old farmer finds success through passion and pride, despite challenges Posted on 04/19/21 by Sean Montgomery
Passion, a loaded tractor and a little guidance is all it took for 11-year-old Wesley Cleveland to begin following in his father and namesake Wes Cleveland’s footsteps, becoming a reliable workhand on the family farm. Most notably described as ‘the future of agriculture’ by many in Early County, the younger Cleveland is contributing to Georgia’s nation-leading peanut crop production — and he’s doing most of it on his own.
See More News Subscribe for Updates