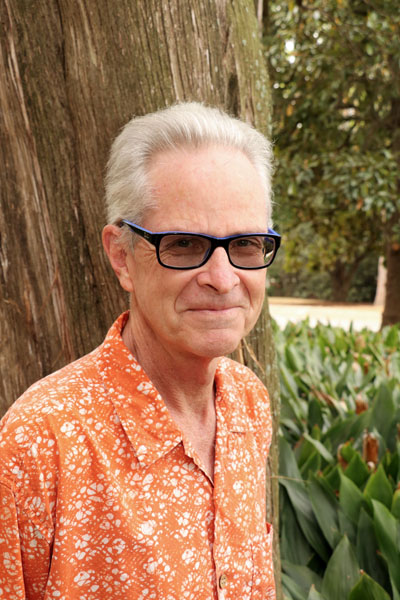 Own this profile? Request changes

Reproduction in female insects encompasses a highly regulated sequence of behavioral and physiological processes that result in the production of eggs. As in all other animals, peptide hormones provide precise regulation of these processes along with other types of hormones during reproduction. The primary objective of my research program is to characterize the structure and function of peptide hormones and their receptors involved in the regulation of key reproductive processes in mosquito species. Species of primary interest are vectors of different human and animal pathogens: the yellow fever mosquito, Aedes aegypti, and the malaria mosquitoes, Anopheles gambiae and An. stephensi. 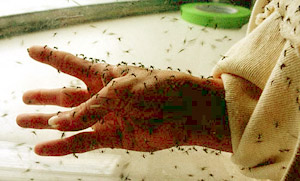 They are exceptional model systems because each successive cycle of egg maturation begins with a blood meal and ends with egg deposition three to four days later. Blood provides females with nutrients that are invested in the yolk of eggs and in metabolic storage for survival to initiate another cycle. Understanding the regulation of nutrient use and reproduction in mosquitoes will give us insight into how pathogens, such as malaria, filarid worms, and viruses, ingested in a blood meal from an infected host, can develop or multiply in the female’s body and be transmitted to a different host, many days later.

Our research also has a comparative aspect.  We are investigating how the hormonal regulation of reproduction in mosquito species that do not require a blood meal for egg production (autogeny) differs from those that do (anautogeny).  Autogenous species of interest, Georgcraigius (Aedes, Ochlerotatus) atropalpus and Toxorhychites amboinensis, mobilize nutrients stored during the larval stages to invest in eggs. Thus we seek to understand how the endocrine system regulates larval molting, metamorphosis, and nutrient storage in response to microbes, food, and changes in the aquatic environment, in collaboration with Michael Strand and his associates. Results from this work may provide insights into better ways to control mosquito populations in the field.

Our research contributes to two concepts shared by insect and vertebrate endocrinology. First, peptide hormones, as chemical messengers, are highly conserved both in structure and function across the phyla of multicellular animals. Second, the nervous and digestive systems of animals use these messengers to coordinate metabolism and homeostasis, so that development and reproduction can occur. The elucidation of key regulatory pathways in mosquitoes can lead to the discovery of stable and functional peptide mimics or to genetic transformation that may offer new ways to prevent their development or block pathogen transmission.

In vertebrates, insulin and related peptides are important growth factors and multifunctional hormones. This family of peptide hormones is structurally conserved across higher invertebrates and all insect groups. Up to eight ILPs are encoded in the genome of different mosquito species, which leads to the questions: why are so many ILPs present in a mosquito and what do they do? We identified the receptor and signal pathway for ILP3 in Ae. aegypti and showed that it regulates different tissue-specific processes in sugar and blood fed females. Now we are working to define the expression, function, and signaling of the different ILPs in Ae. aegypti and other species and life stages.

Ovary Ecdysteroidogenic Hormone (OEH)
This neuropeptide is the functional equivalent of follicle-stimulating hormone and luteinizing hormone in vertebrates. OEH was isolated from Ae. aegypti adult head extracts based on its indirect activation of egg maturation in blood-fed decapitated females and direct stimulation of mosquito ovaries to secrete ecdysteroid hormone. In turn, this hormone activates and maintains the production of yolk proteins, which are stored in mature eggs and used during embryonic development. OEH is present in all mosquitoes examined to date and appears to be the primary factor activating egg production in anautogenous and autogenous species. Recently, we discovered the receptor for OEH and its signal pathway and now are seeking its function in larvae and a better understanding of its interactions with ILPs in the regulation of reproduction and other physiological processes in adult mosquitoes.

McKinney, D. A., Strand, M. R., and Brown, M. R. 2017 Evaluation of ecdysteroid antisera for a competitive enzyme immunoassay and extraction procedures for the measurement of mosquito ecdysteroids. General and Comparative Endocrinology 253:60-69.

Nuss, A. B. and Brown, M. R. 2017 Isolation of an insulin-like peptide from the Asian malaria mosquito, Anopheles stephensi, that acts as a steroidogenic gonadotropin across diverse mosquito taxa. General and Comparative Endocrinology available online at https://doi.org/10.1016/j.ygcen.2017.05.007.

Riehle, M. A. and Brown, M. R. 2002. Insulin receptor expression during development and a reproductive cycle in the ovary of the mosquito Aedes aegypti. Cell and Tissue Research 308: 409-420.